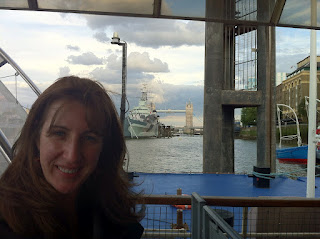 Our nocturnal egress during our London sojourn has been in pursuit of its famed theatrical experiences. Unfortunately, due to a lack of planning we were unable to secure seats to War Horse, probably the best thing on at the moment.  We did have three good experience, not least due to the novelty of finding the places and walking--even boating--to them.

On Monday night we saw "Blood Brothers" at the Phoenix Theatre.  There's a moral about class in British society, and I suspect the relationship between the brothers is a metaphor for Ireland.  There's certainly a good deal of cultural specificity related to English superstition.  All of that amounts to a show that probably holds a special place in many an Englishman's heart; it's in its 24th year at the Phoenix Theatre with a long run elsewhere before that, yet the audience seemed to be primarily British.

The production wasn't bad, and the female lead really brought it home at the end, but the show just doesn't have the resonance for us that it had for my fellow audience members, based on their applause. 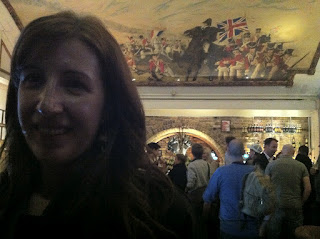 Tuesday's theatrical tryst was at The Old Vic.  Unfortunately, the camera's battery was dead by the time we arrived, so we only have some camera photos from the pub before the performance and the city afterwards.  Similarly, I have little to say about the performance except that the acting was absolutely superb, the staging sophisticated and elegant, the lighting organic and true. 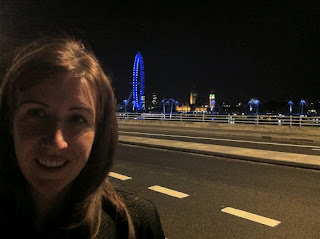 It is a very good play, staged at a very storied theatre.  Kevin Spacey is the artistic directory today, but years ago it was Laurence Olivier's dominion when Ian McKellen played there.  Sadly, the Old Vic is lacking wonderful amenities like sufficient toilets and lobby space, but as long as they keep putting on productions like this they will not want for an audience.

The Queen's Theatre, situated between the gay bars, sex shops, and Chinatown of the West End, was our destination this evening.  Carly had not yet seen this wonderful production, and I had only seen it as a pre-pubescent boy with as little appreciation for its deeper themes as I had for the elegance of its staging at the Wintergarden.  Tonight's production, though, found us willing and prepared, keeping us enchanted for the duration. 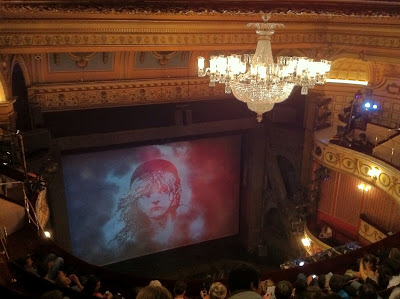 Though our seats were pretty bad and the understudy for Jean Valjean performed due to an "indisposition" on the part of he who had been cast in the role, the beauty and power of the story and the technical presentation, saying nothing of the strength of Joubert's portrayal, was more than enough to hold us rapt. 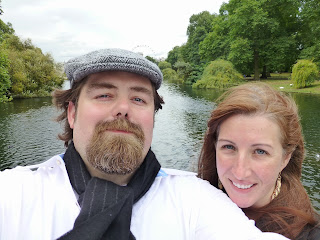 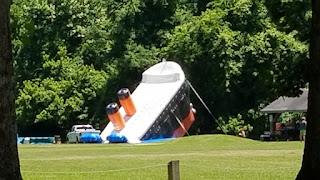